The existing residential building was under construction, it’s external contours were not to be altered but certain elevations’ changes were foreseen. Changes were mainly focused upon interior spaces transforming the existing plans as they now had to correspond the building’s new function as a kindergarten.

At ground level floor two separate entrances were planned with glazed porches each leading to a locker room. On the same level a space for two children’s groups– a living room used also as a study  hall , toilets , sleeping zone / 3 rooms on base of the existing plan / were arranged . A doctor’s cabinet was also situated on this floor level.

Level +2.85 the first floor was also designed for two groups of children , the locker room for one of the groups was situated on the ground level bellow and the other on level+2.85. The living rooms are facing  south  , they are warm and full of light . The sleeping zone is the same as the one on the lower level / two storey beds /. All floorings in the living and sleeping rooms are with a laminate finish , the locker rooms , corridors and staircase are covered with ceramic tiles .

On level +5.65 the second floor is where the administration is located – teachers room , director’s office , accountant’s office and a big hall for parents and teachers assembly.

The canteen with the kitchen area, service rooms and staff rooms are in the basement. Natural day light is let through a large glazing, the access to the canteen is provided with an outdoor staircase leading from ground level to the basement level as well from indoor the existing interior staircase connecting all four levels.

In the garden there are equipped playgrounds, special arranged for children at different age. 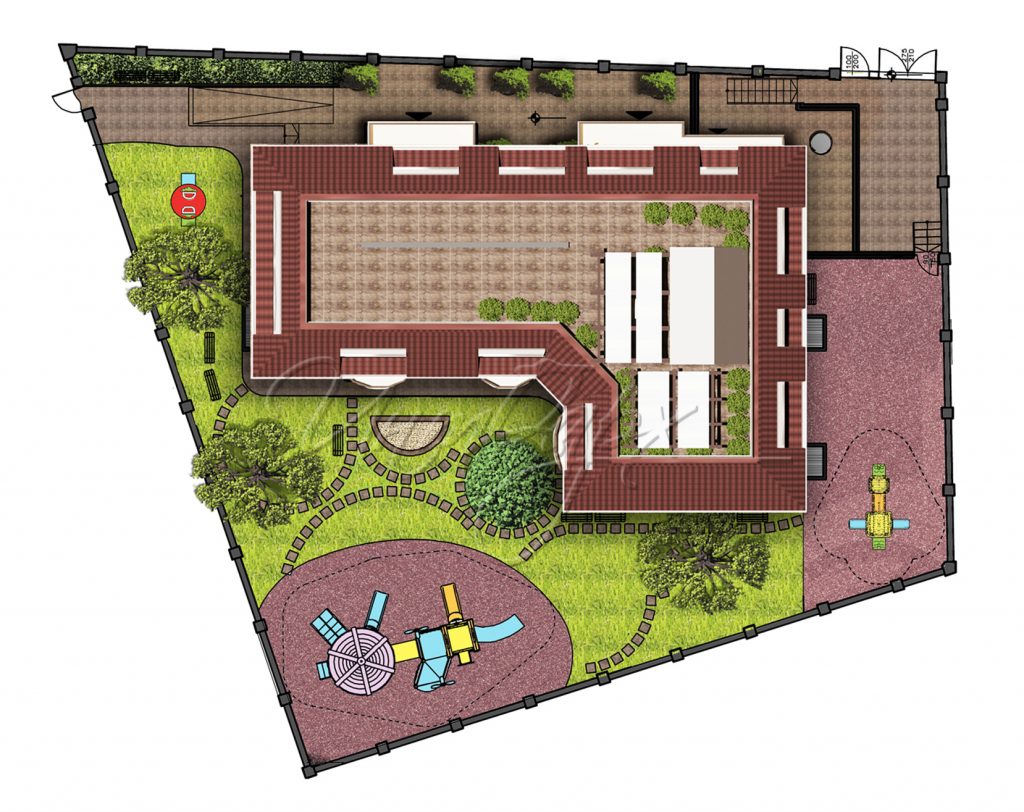 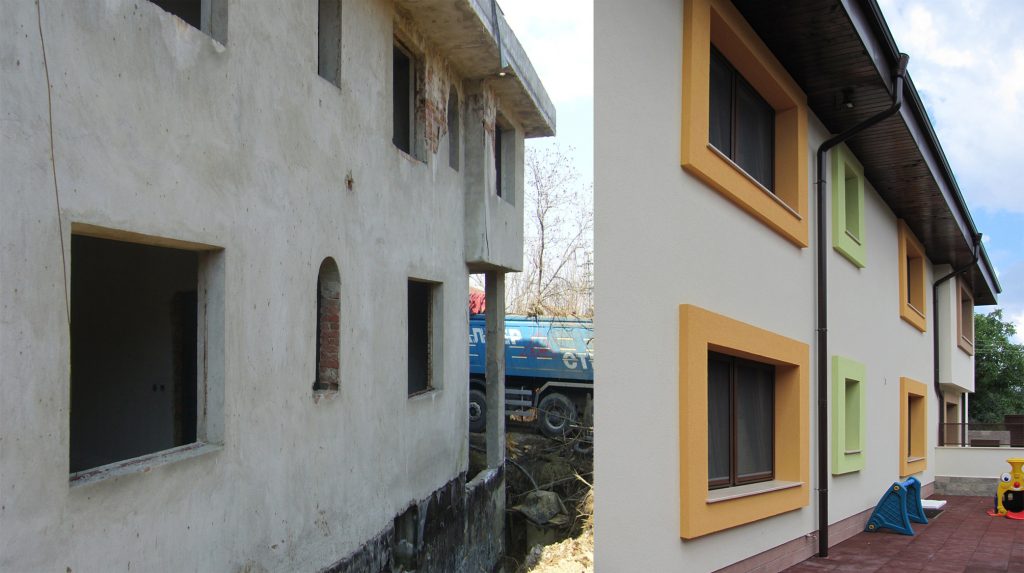 Before and After view of one of the four facades