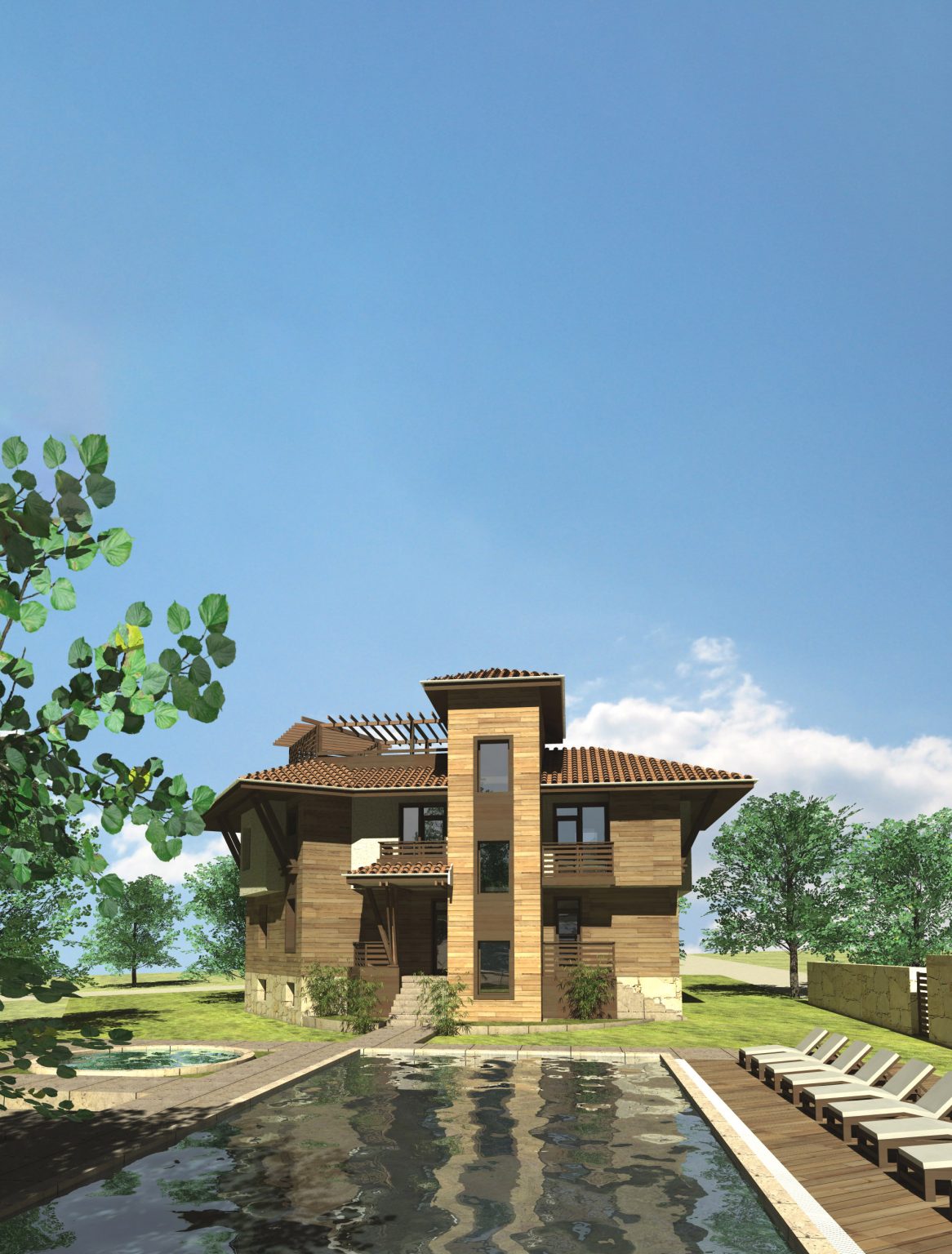 The new design project plans an additional storey above the existing structure of the former-municipality of General Toshevo . The basement level plan of -2.88 is going to be reconstructed with two hall areas for  preparing and consuming of home made traditional food , where guests can also cook their own meals . On this level toilets have been planned and a new staircase construction connecting the three levels.

On floor level 0.00 – 3 bedrooms rooms with their own WC and bathroom areas have been designed with entrance from the lobby .

On the upper floor +2.88 / the additional storey / we have 4 bedrooms : two single rooms  and two double rooms  with separate bathrooms. Entrances ensured through the lobby.

The structure of the building is monolythic .

A separate small one storey building for a fitness sport area and an outdoor swimming pool. 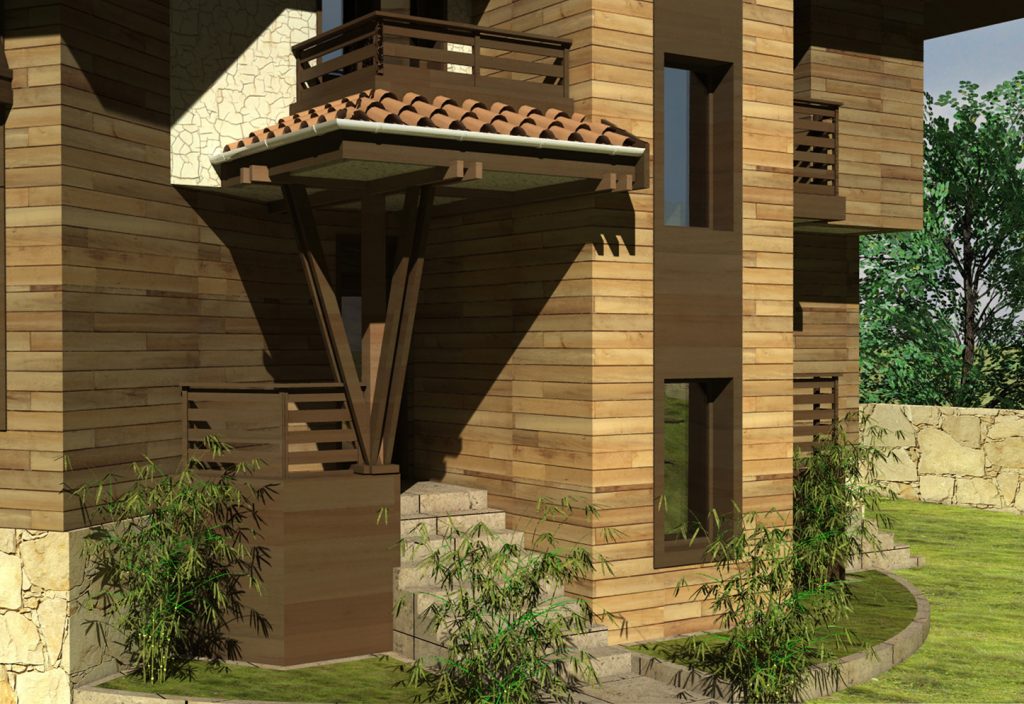 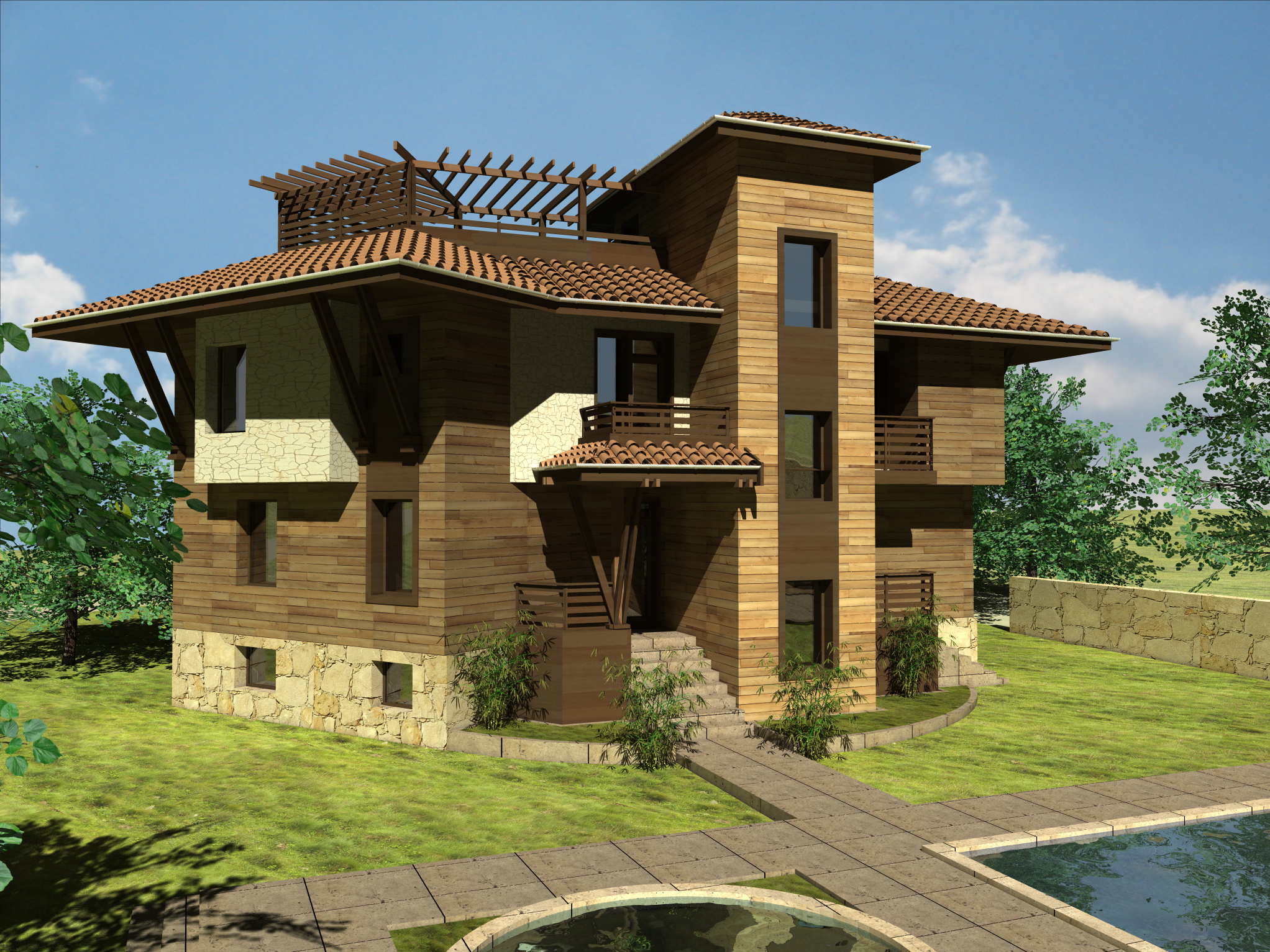