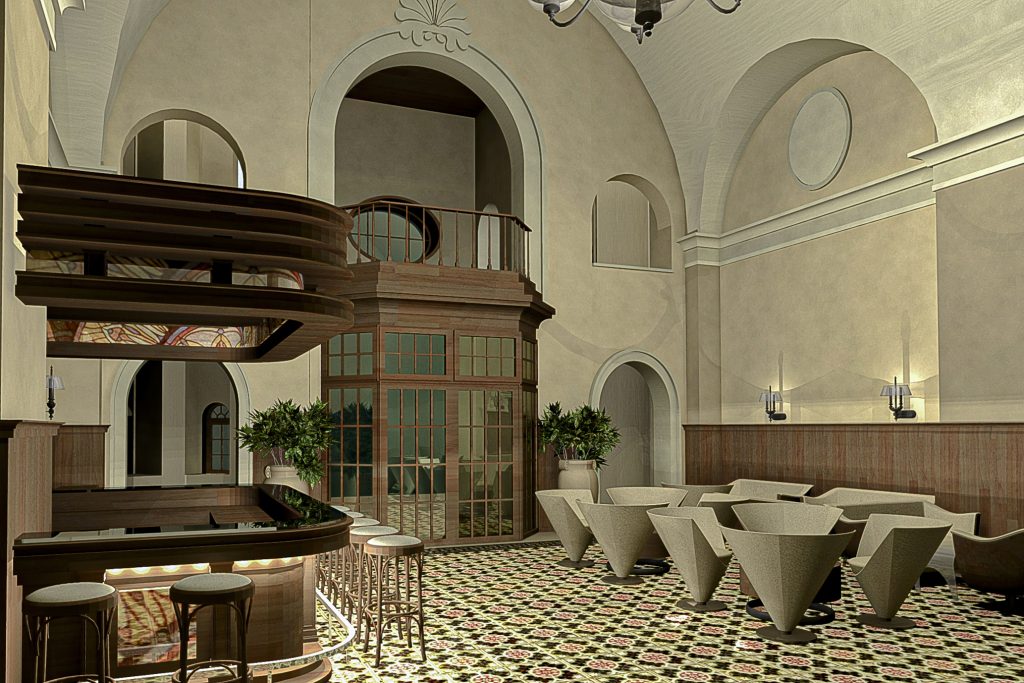 The two storey massive construction building is an existing old Mineral bath, located in Bankya city near Sofia.The conceptual project is about reconstruction, renovation and socialization of the building.

The Mineral bath’s architectural style is Baroque built in the period between 1907 and finalized in 1910 designed as origin by the German architect Karl Hocheder and at that time was the largest of its kind in the whole Balkans. It’s a cultural monument of Bankya city and it’s one of the city’s main symbols, which obliged us to be precautious making our researches and future design planning of the restoration works which includes facades, rooftop elements details in exterior and interior spaces and the integration of its new functions as partly also a medical SPA

The ground floor in its main part needed a serious restoration work planning – starting from the lobby and going through the two mineral pools in the form of circles, the thermal area which is double as the scheme is symmetrical, with the idea of preserving the authentic look of the bath as well as open it for new modern functions .

The main concept for the lobby is to be transformed into a place for social contacts, with a vitamin fresh bar, which should be well integrated in the typical old bath’s style. All the flooring with its authentic ceramic tiles were to be restored and preserved, as well as the arcs on the ceiling and the wood paneling, the wooden staircases in both wings.

From the main lobby towards the existing male and female blocks, a part of them were to be conserved as they are in their original plan , one of the wings will be plan designed as a VIP zone with more luxurious procedures and treatments while the other one will be opened for public access. 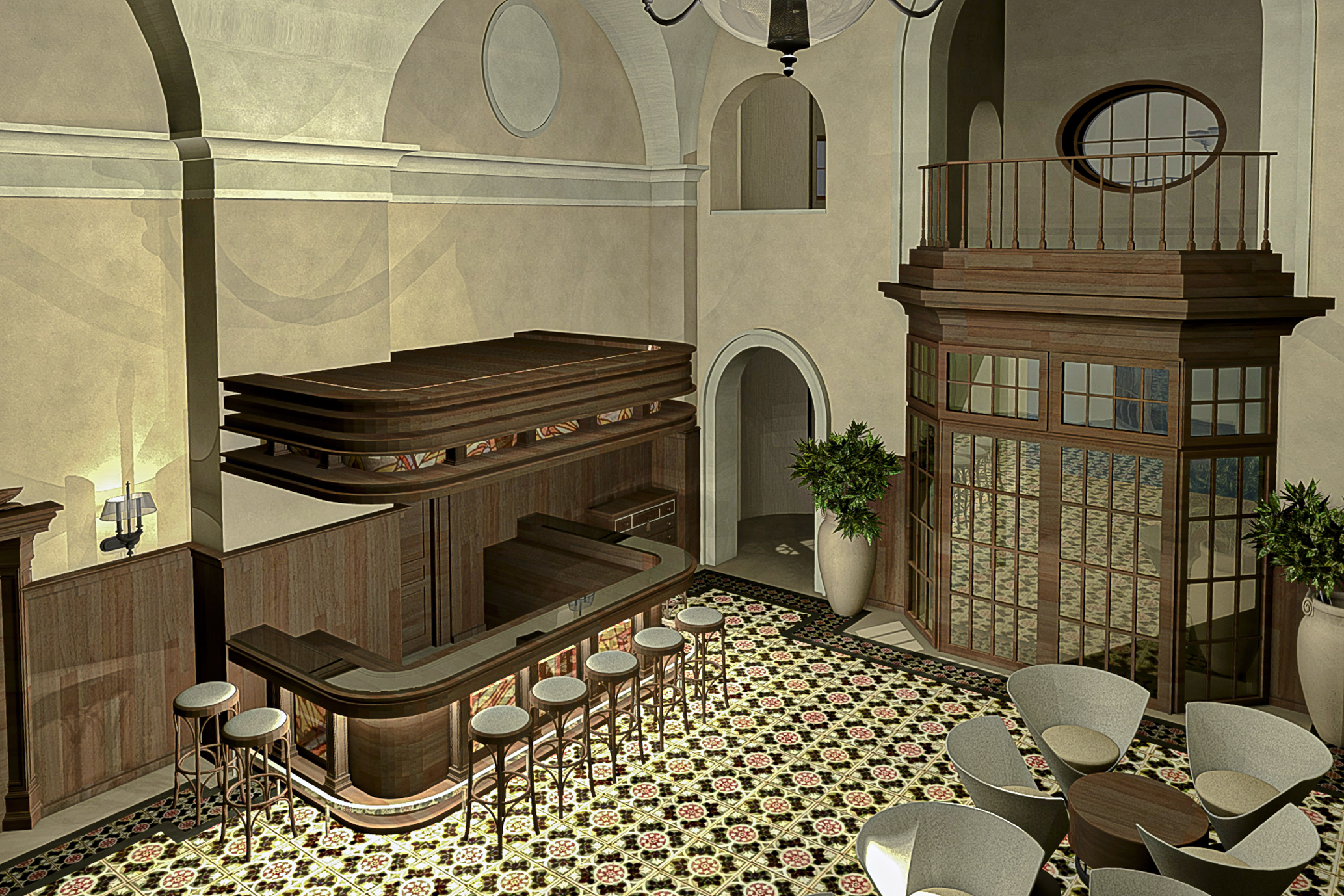 Preserve the authentic look of the mineral bath and in the same time bring in modern functions of the contemporary Thermal SPA center was a challenge with a rewarding end result. 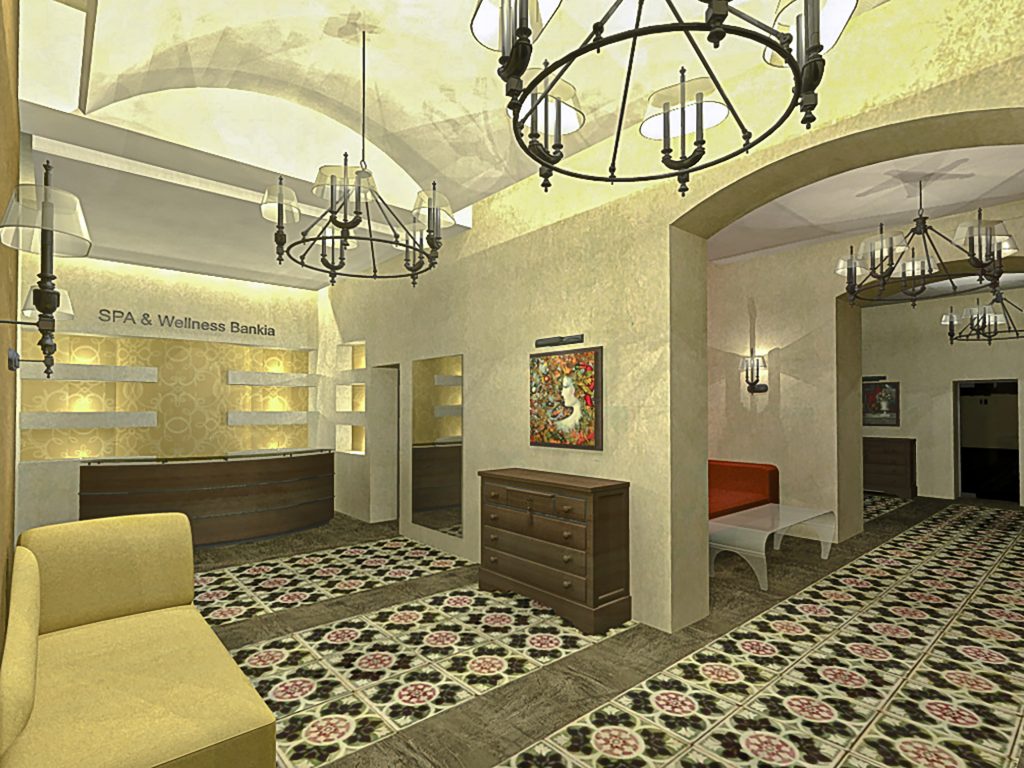