Reconstruction of a private home in Boyana district, Sofia

The project includes designing entirely new vision for the  interior of three-storey  house and its realization . Garage and store rooms are located on semi-ground floor. First floor of the house can be accessed through staircase with 4 steps . The house has a backyard with bbq shelter.

Main part of the project is the design of level 1 and 2 .First floor total area is around 95 m2 and is divided in two levels – on the lower one are placed entry hall, dinning room and living room and on the higher level – kitchen, corridor , guest room ,WC .  The only change in the existing layout of first floor was moving a wall in the entry hall in order to gain space for a wardrobe.   All floorings are changed with laminate . Walls and ceiling are painted with new colors. The kitchen , cabinet furniture, sofas and tables are custom designed.  A fireplace again custom designed is placed  between  living and dinnig rooms.

Second floor of the house is with total area of 81 m2. Existing layout plan needed renovation to become more functional. For example the bathroom was too spacious compared to the room located next to it, so to gain more space for the room  the wall which was separating both spaces was moved . The additional space was used for installing wardrobe in the room, as one was missing in the previous layout plan. The closet in the bedroom was renewed and enlarged. One of the rooms on second floor was with rectangular layout  which was corridor like, the problem was that it was natural illuminated only from one side. To solve the  problem the layout was shortened in one direction and that way a closet with access from the common floor was formed. Floorings on this level were fully refurbished with laminate in common floor , moquette in all rooms and granitogres tiles in bathrooms. Rooms are equipped with custom designed furniture. 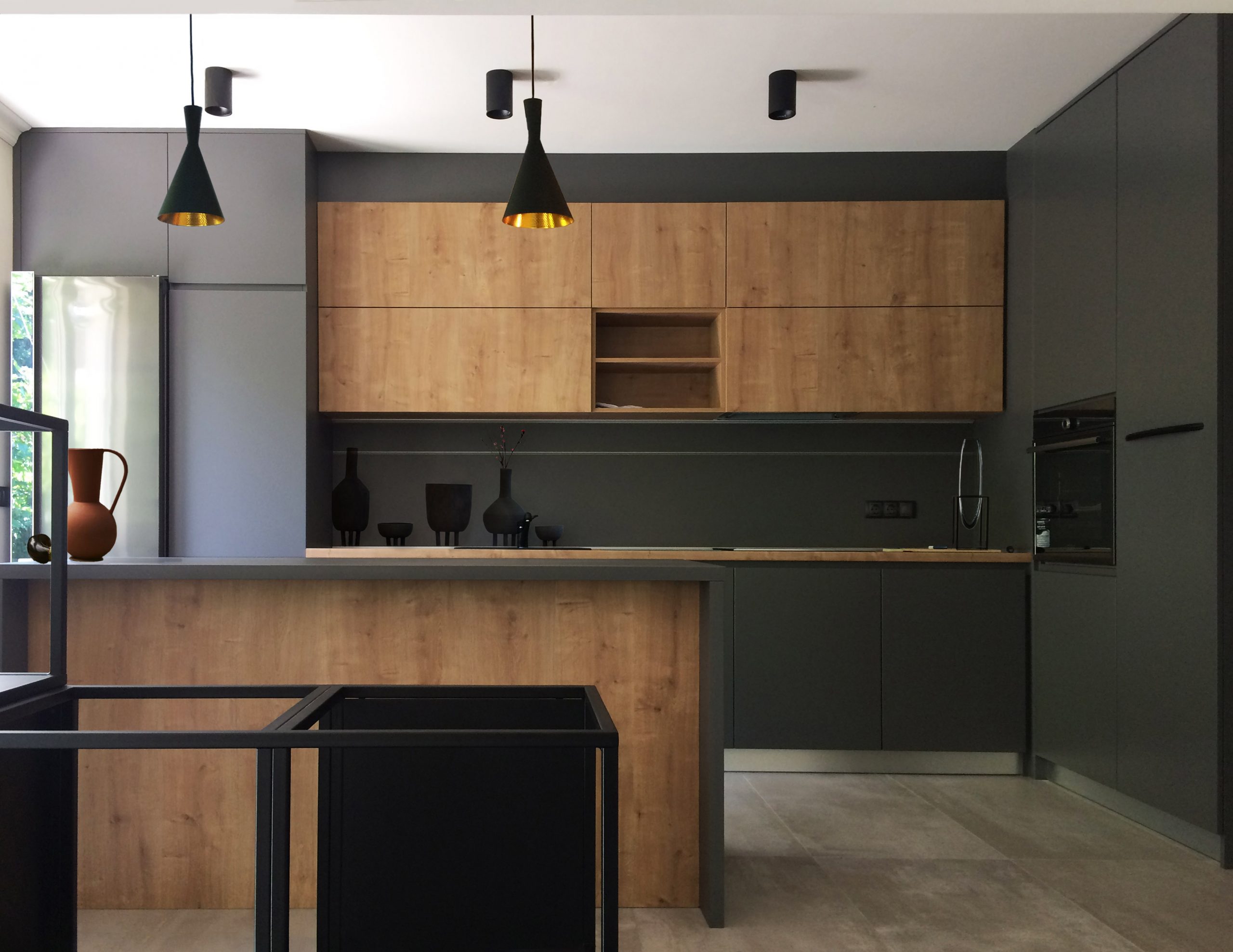 Renovated and enlarged closet with sliding doors is custom designed for the bedroom.

Due to lack of enough space in the room transformable furniture was custom designed.