Bankya’s Mineral bath  is waiting for an investor to save the building from ruin.
Behind the closed doors of the non functioning bath are hidden hundred years of modern history in balneology in Bulgaria .

“Bulgar, Bulgar!” The screams and blows to the chest followed by the epic leap, after which the water column almost touched the ceiling, and the splashes fell for a long lasting moment on the astonished spectators gathered at the end of the pool.

Georgi Kaloyanchev could not be able to play this scene again today, even if he was young once again. The mineral bath where the movie scene was shot is closed, neglected and dangerous.

In Aleko Konstantinov’s book, this scene is from Bai Ganyo’s trip to Vienna. For its shooting in the movie, the road distance was shorter – only to Bankya. The pool is most likely full with mineral water.

The photo on the left  taken April 25 shows roof’s sagging areas  . The building has been neglected for more than ten years. Back in time the construction of Bankya’s Park started namely from the Mineral bath’s building . 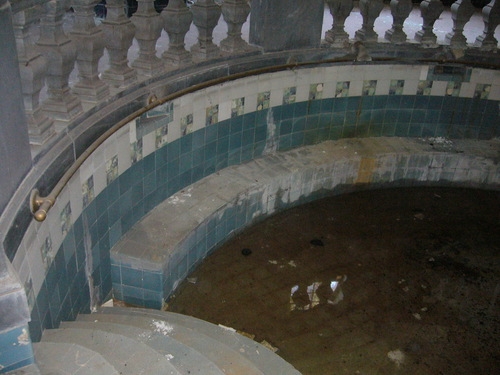 Details such as  pool’s railing and balustrade  show the architectural quality from the beginning of the last century. Unfortunately  quite destroyed at the current moment. 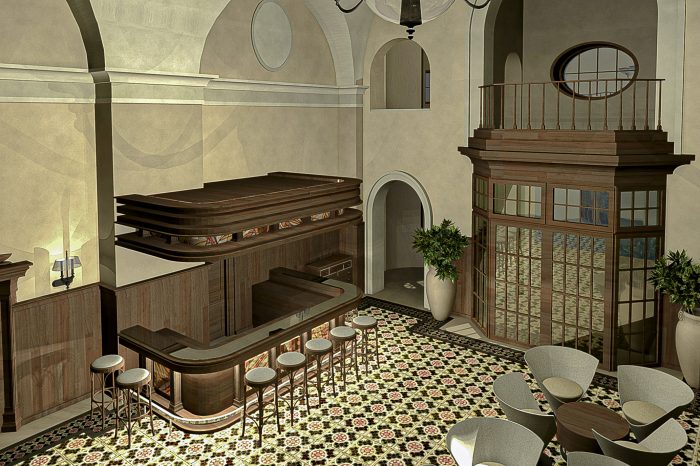 A computer-generated 3D visualization shows a conceptual design for the interior of the central lobby with a coffee and sweets bar. The final look of the interior will depend on the investor’s wish , if and when the concession procedure is completed successfully.

The visualization is provided by arch. Rumiyana Tiholova, leading architect in the team which developed the project

Instead of a Mineral public bath – a SPA center

When  “spa industry” was not yet a word known to construction contractors and hoteliers, a Mineral public bath was built in Bankya designed by  prof. Carl Hocheder from the Munich Technical University. The bath main aim was maintaining visitors’ hygiene as well as their health and physical wellbeing.
A century after 1911, when the bath was officially opened, this event will maintain the fame of Bankya as a spa resort. “Sadly the municipality had to celebrate the 100th anniversary of the mineral bath in 2011 behind closed doors” said the mayor of the Sofia municipal district, Rangel Markov. “Since 2000, the building is closed and is not functioning. Its condition is poor” he said.
The mayor now in his second mandate is willing  to find an investor who would pay the reconstruction of the bath and will receive in return the right  to use it for its intended purpose. Nowadays  public baths are closing one after another, but on their places at least one spa hotel or spa has been realized. 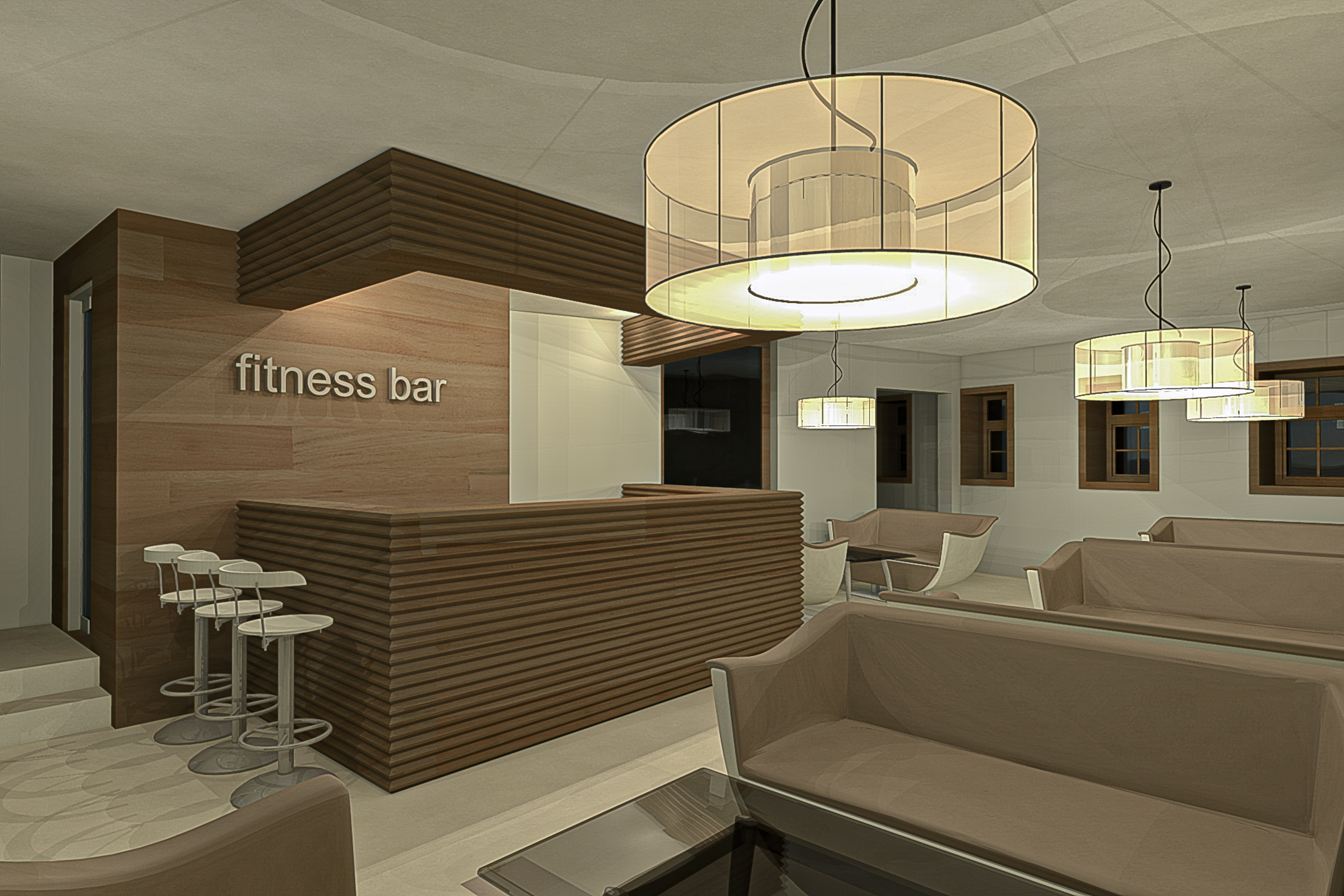 Stucked between the 19th and 21st centuries

Sofia Municipality received the right to mantain the property after the Council of Ministers transferred  it in 2010 – a total built-up area of over 5,000 square meters including the mineral bath and its surrounding area. Bankya Municipality commissioned a conceptual design  to arch. Rumyana Tiholova, president of Intoarch, who has designed and realised many projects for hotel SPAs including  Olymp Hotel in Velingrad,  Riu Pravets Resort and  Festa Panorama in Nessebar. The idea of the commission is to help turning the bath  into working SPA center.
Arch.Tiholova’s team redesigns the  building’s functional scheme , which was closer to the needs of 19th century than to those in 21th century.
Own electric and steam generators are no longer needed, which would free up space in the rooms situated in the basement  of the two-storey building located at the entrance of the park in the city center. The freed up rooms can be used for  fitness center, vitamin bar, which is usually serving fresh food ,freshly squeezed juices and food supplements, for creating private spa suites with their own spa aminities and rooms for procedures such as massages – for smaller or larger companies that will prefer privacy to common areas located upstairs.
Two inner courtyards symmetrically situated in the two wings are bringing natural daylight to the dark parts of the building. The idea of arch.Tiholova is to put ceiling windows and to form skylights  , which will protect the courtyards from sun and rain so that they will have a new function by adding small pools and recreational space for families or groups with reservation .

The repetition of swimming pools, bath tubes and showers in the layout of the main ground floor is no longer necessary, considering the fact that the hygienic function won’t have leading role after the renovation. The team of arch. Tiholova suggests some of the existing and well preserved ones to be kept and to be given a modern  interpretation of the service they can provide.
The more expensive amenities and special type of massages will  remain placed in the “old men’s compartment”, where they adjoin the royal bath.
A central lobby, which volume crosses in height through the ground floor and the second floor , will provide place for a coffee shop, reception and seating areas. A second reception with entrance from the back of the building will  provide direct access to the basement.
The concept design from arch.Tiholova’s team plans a separate center for rehabilitation procedures and physiotherapy located on the second floor.
“It will be a compilation of functions, a symbiosis between the last century and the present,” says the architect.

The architectural elements that are protected by law and are under the protection of the National Institute for Immovable Cultural Monuments will remain for the future generations preserved in their original state.
The restoration of the Mineral bath will be expansive because significantly damaged by time and lack of maintenance, its restoration will be expensive. “We couldn’t even get anywhere,” says arch. Tiholova added with a smile that she and her colleagues had passed through some premises “at risk to health and life.”
Mayor Rangel Markov doubts that the necessary investment, according to preliminary estimates of about 4 million euros, will be able to return from the use of the spa. His proposal is to package it with an adjacent plot of land with an area of 7500 square meters for the construction of a hotel with about 170 beds.
Once the analyzes of the concession are ready, he promises to submit the proposal for it to the Sofia Municipal Council. The services will be paid and the prices will be determined by the concessionaire. “We will want to have a social effect. It could always be used at certain hours as a hygienic one or by people who do not have such opportunities “, says Markov. 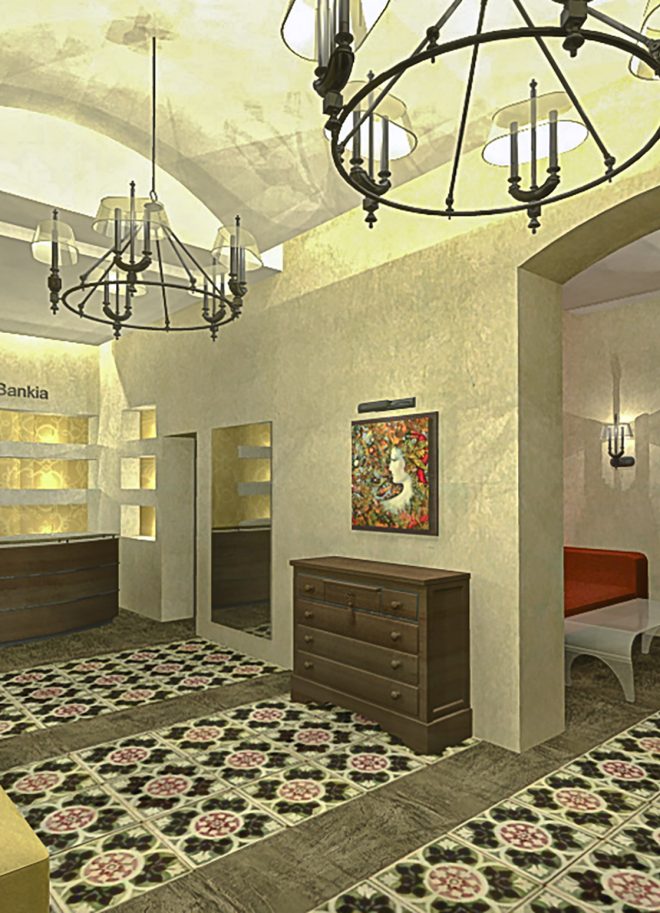 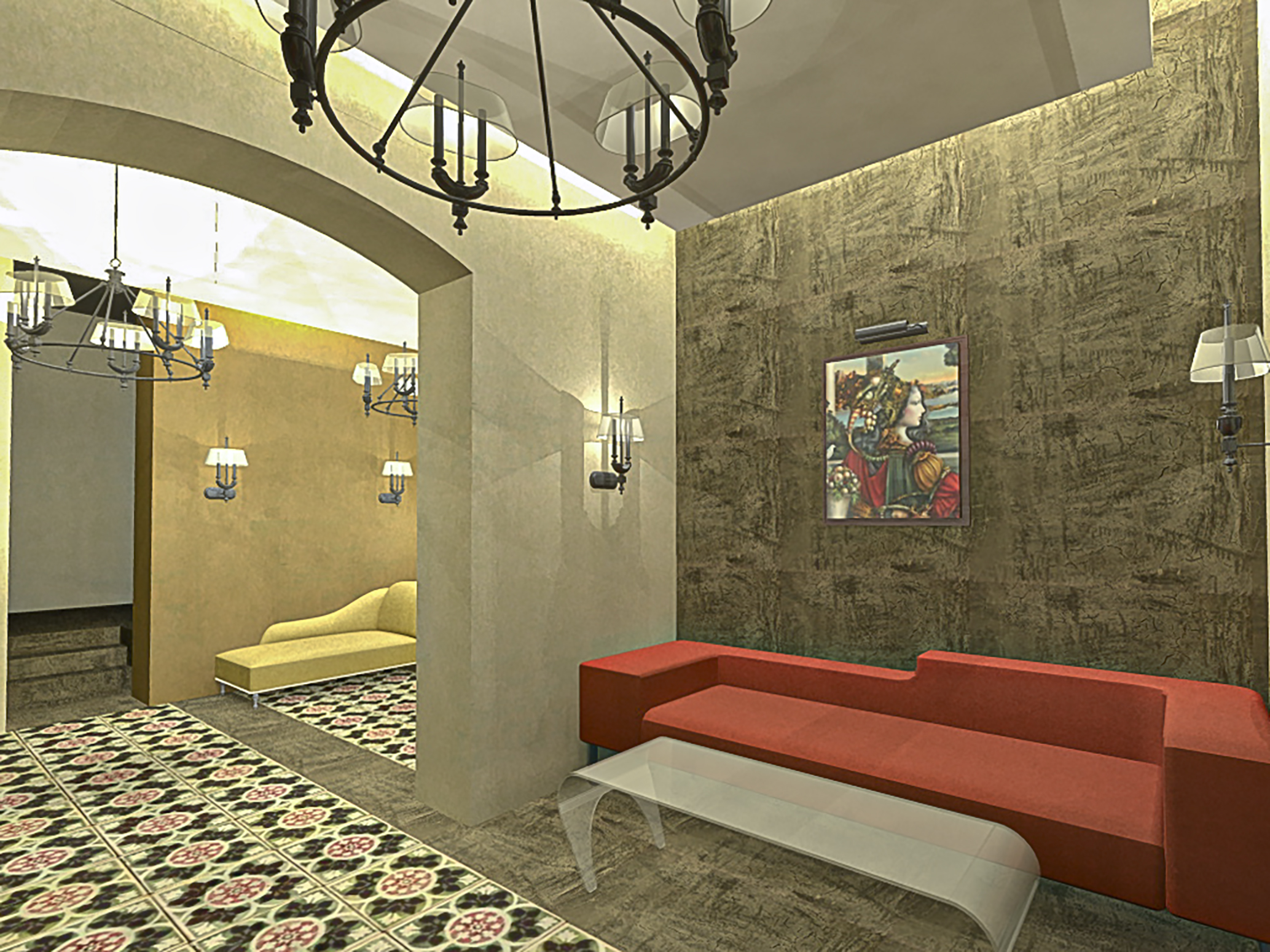